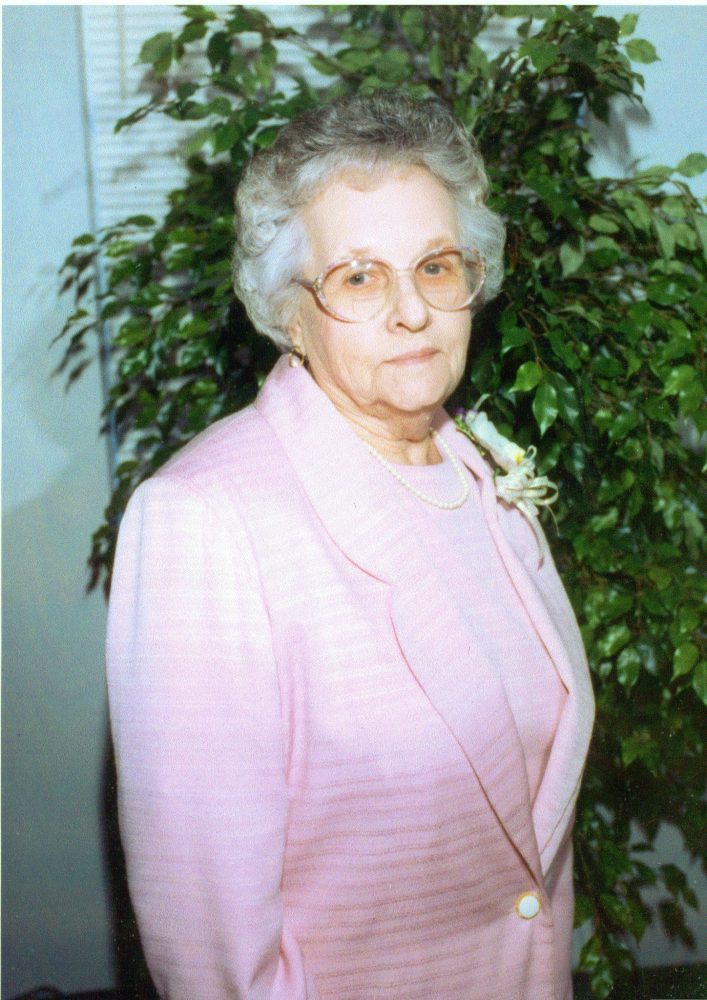 Ellen Jobe Pickerill age 95 of Wolfe City, Texas passed away from this life on Saturday, April 30, 2016 in Greenville at the Hunt Regional Health Care Center. She was born to John Thomas and Abbie Jane Carothers Jobe on December 30, 1920 in Fannin County near Wolfe City.  She married Edgar Little Pickerill on October 8, 1938 in Wolfe City.

Ellen attended Wolfe City High School and graduated with the class of 1938. She was a member of the First United Methodist Church in Wolfe City. She was always industrious whether working in her garden, which was admired by all, sewing or cooking, but her greatest joy was her family.

Mrs. Pickerill is preceded in death by her husband of 42 years Edgar Little Pickerill, both parents and one son Roy Byron Pickerill.

Funeral services will be held at First United Methodist Church in Wolfe City on Tuesday, May 3, 2016 at 2:00 P.M. with Rev. Carolyn Allbritton officiating.