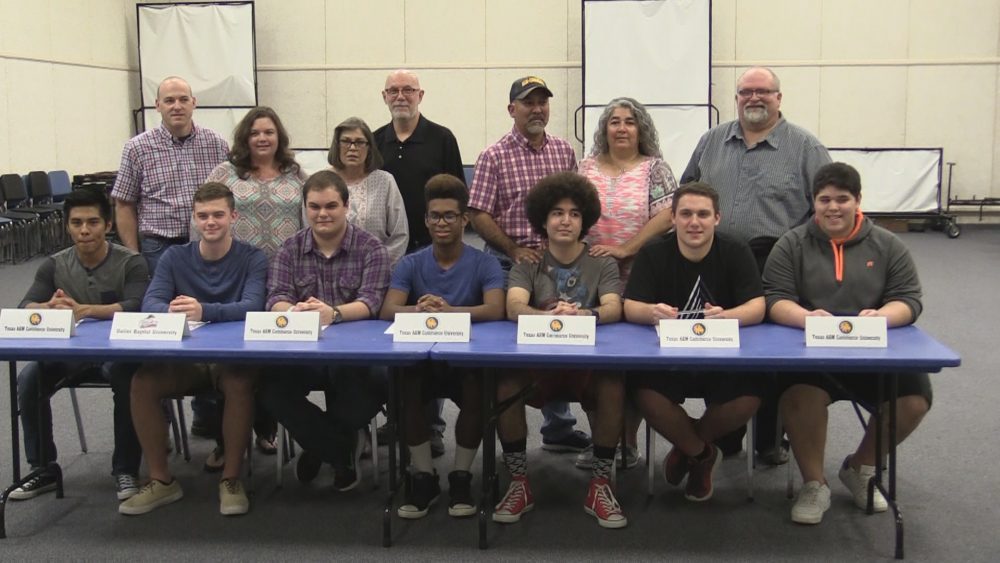 Seven Sulphur Springs High School Band seniors have signed letters of intent to attend universities and major in music. Six signed with Texas A & M University-Commerce and one with Dallas Baptist University. Fine Arts and Band Director Charles McCauley praised the seven male students for their dedication and for the honor they brought to the band program, the school, the community, and their families.

Each of the seven will major in music at their chosen university.  McCauley stated that with all majoring in music, it was a first for the local program. Students in the past have signed letters of intent but not all have committed to major in music.