Engineers Hashing Out Site Details for Starbucks in Sulphur Springs 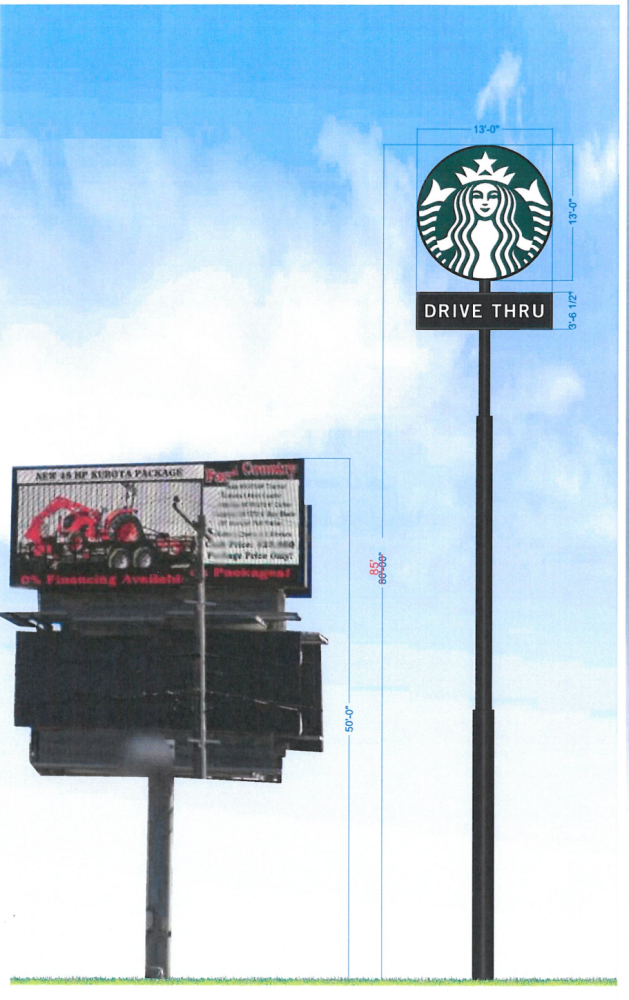 Engineers for Starbucks and the City Engineer for Sulphur Springs are currently hashing out site details that will enable the building of a local outlet for the purveyor of coffee on South Broadway in the city, according to a city source. Although no date for construction has been set, the city and Starbucks are taking steps to facilitate a good relationship.

This is just another hurdle that has not deterred the determination to locate the popular coffee brand locally. It all began with a sign. Sulphur Springs Zoning Board of Adjustments was asked to approve a sign ordinance variance for the property located at 1320 South Broadway. The approval of the sign opened the door for further steps to be taken. The property owners at 1320 South Broadway sought the variance to the city sign ordinance. The sign will stand 85 ft. high. The city sign ordinance, as written, allows signs to be only 24 feet high. City staff favored the variance and no property owners around the property opposed. The approval given for the sign is contingent on the lot being plotted and building permit for Starbucks issued.

The second hurdle is currently under construction. A sewer project approved by the city council on Mockingbird Lane between Furr’s and EZ-Mart that would divert wastewater flow from three fast food restaurants and one apartment away from the Mockingbird sewer main and toward the trunk line that parallels South Town Branch.  The new line will also carry flow from any new development south and east of Chili’s. That includes the Starbucks location. This project has begun, and it is progressing from east to west.  So far, the city has installed 168’ of sewer line starting at the eastern boundary of the Furr’s property, and has recently finished installing a manhole in the EZ-Mart driveway approach.  The work continues on this project.

Other issues that are faced continue to be addressed but the city and Starbucks continue to be determined to bring the coffee purveyor to South Broadway.