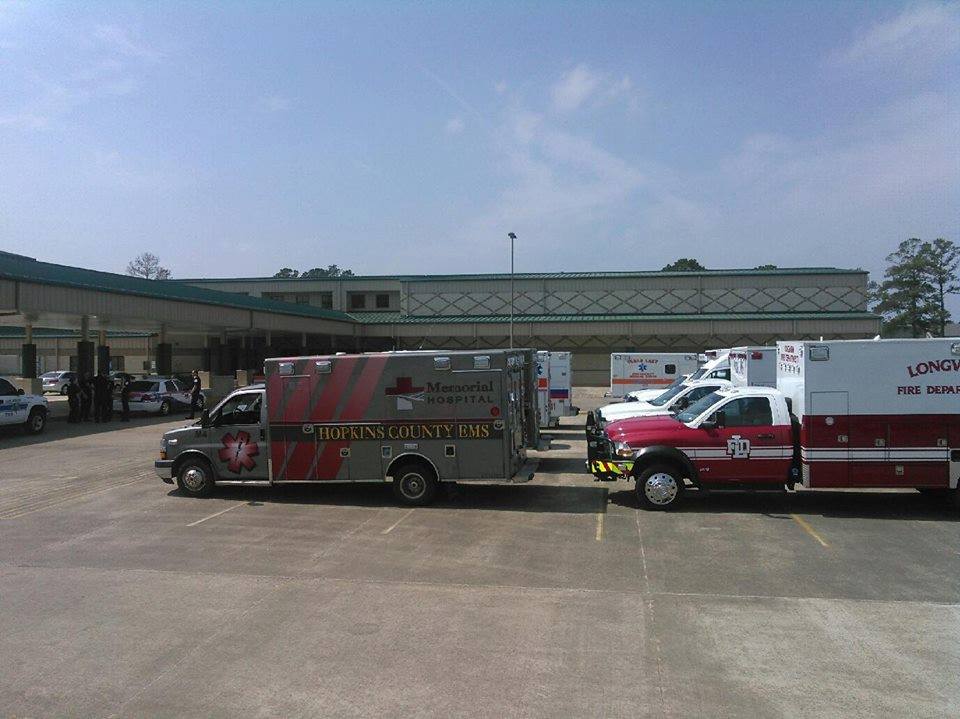 The team will be deployed for a seven-day mission. During their deployment, they will be directing, planning, and carrying out any needs established during the event. Among needs served will be moving patients in nursing homes and the home-bound to neighboring facilities and jurisdictions away from the flood zone.

Hopkins County EMS Director Brent Smith spoke about the EMS “Strike Team” with KSST News on Wednesday morning. “We assembled a strike team comprised of two ambulances from Hopkins County and the Strike Team leader which used our Emergency Response Vehicle,” said Smith. “With the compliment of our team, the City of Longview Fire Department, Fairfield EMS, and Paris EMS all sent an ambulance to also assist in any type of evacuations and medical needs in Orange, Texas.”

Smith said that Hopkins County EMS A-Shift Captain Danny Wilburn was activated in a role called MIST which stands for Medical Incident Support Team. Wilburn is serving in a leadership position and working side-by-side with the leaders for the city of Orange to help them facilitate needs for evacuation and to manage 911 calls.

The Hopkins County EMS Strike Team has completed two missions since their arrival, but Smith tells us that details pertaining to the missions remains confidential.