Animal of the Week: Mufasa

Mufasa is a male long-haired cat of roughly 2-4 years of age. He is currently the only cat at the Animal Shelter.”Somebody found him running around on Whitworth ST, which is a pretty busy road,” Animal Shelter Officer Barbi Blanch said. “They decided to bring him here before he got hit by a car. He’s very sweet and he gets into everything.”

Based on Mufasa’s interactions with humans and dogs, Shelter Officers believe that the cat had once lived in a household with other dogs before being abandoned by his previous owners. No one has yet come to claim the cat. “He doesn’t like being in his cage,” Officer Blanch said. “He likes running around, and normally during the day — even when I’m not here — he just wanders. He’ll walk through the Shelter and up to all of the dogs. He’ll sit in the office chair if you’re in there, and if you’re trying to do paperwork, he’s all in your business.”

Aside from the more aggressively playful dogs, Mufasa has had no issues around dogs of any size. Even some dogs that tower over him do little to intimidate or scare him. “[Officer Patridge’s] dog, Gracie, was here once and Mufasa just ran up to her and butted her in the head,” Officer Blanch said. “He doesn’t have any fear of any dog. We’ve had a big, huge one that’s been allowed outside during the day, and every  time I bring him in, Mufasa’s sitting at the door and he looks at the dog like, ‘whatever, see you later’.” 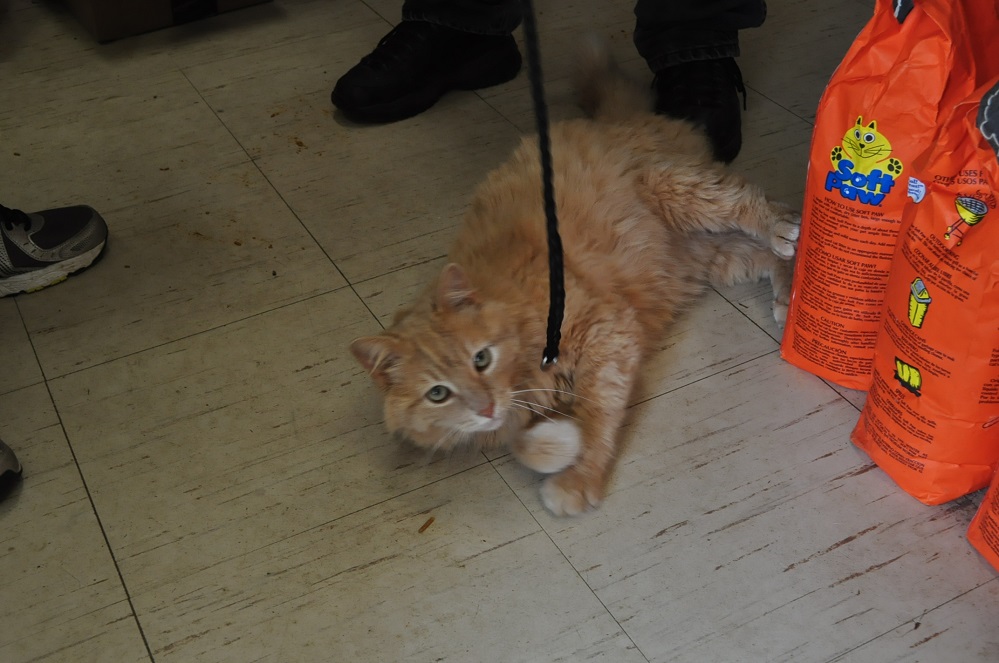 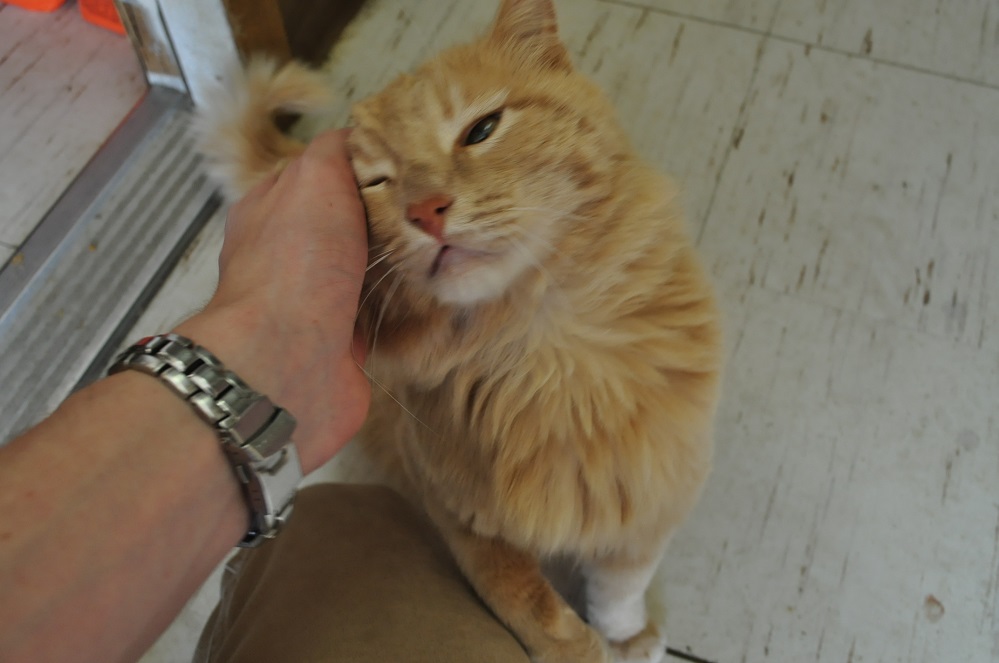 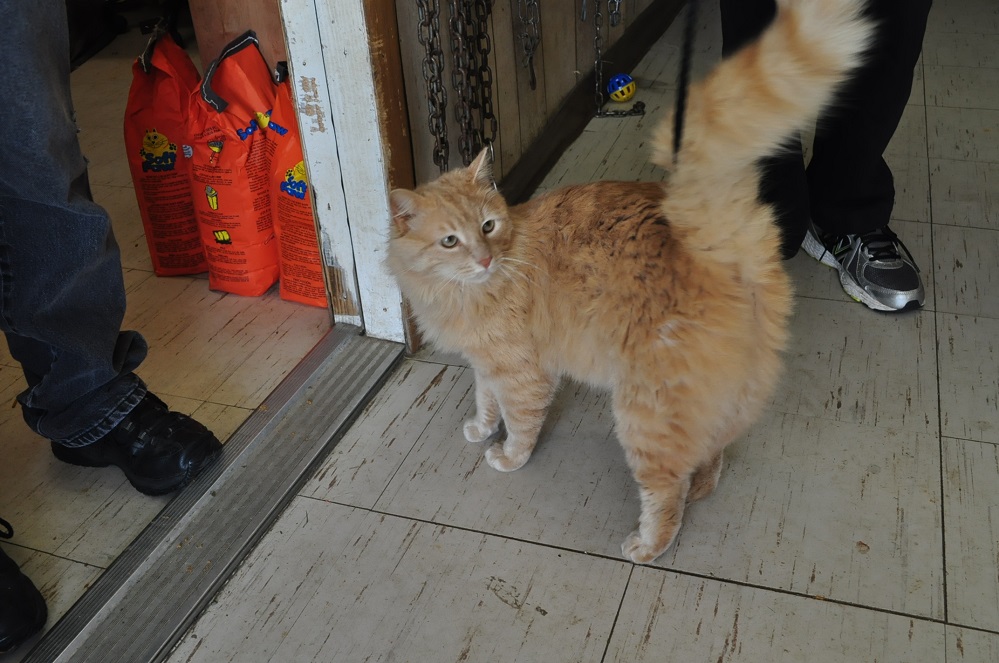 There will be no off-site adoption this weekend, but the Shelter will be open from 11 a.m. to 4 p.m. on Saturday, March 26.

In other news, construction began yesterday on the five outdoor kennel runs for the Shelter’s animals so they may enjoy the outdoors more safely. The concrete groundwork has already been completed and poles inserted, and work on the sidewalk leading to the entrance of the Shelter has begun. “The current cage in the back is not geared for little puppies,” Officer Blanch said. “They can get into stuff back there, and they can get out of the gate. They just finished the concrete around where the kennels are going to be, and then we have somebody else that’s going to come up and the fencing in.” 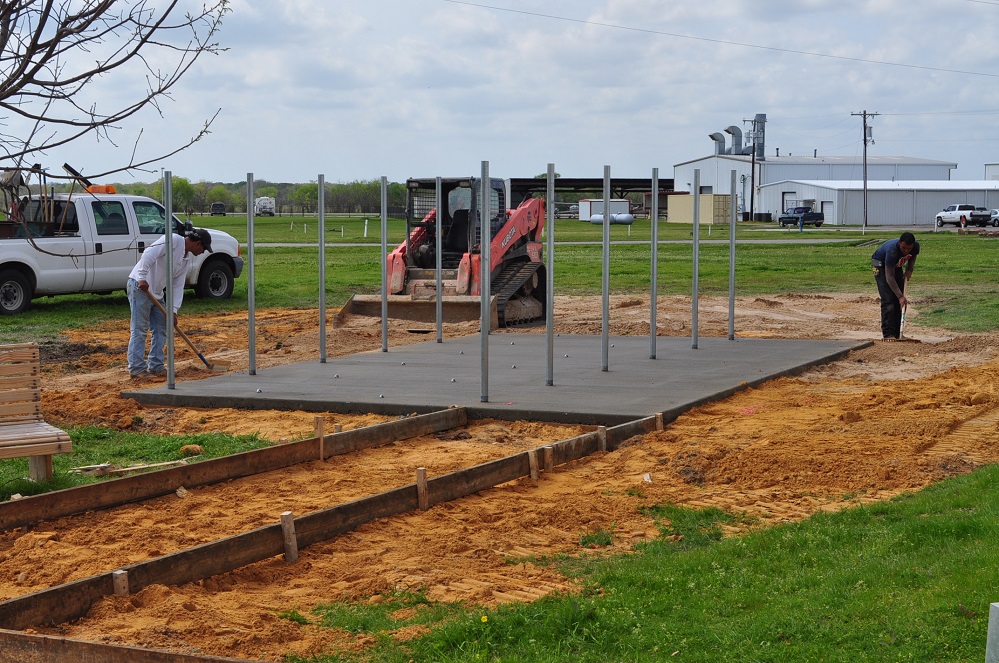