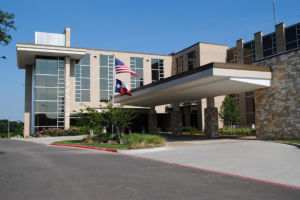 Tuesday, December 15 was the deadline to enroll at HealthCare.gov. Wednesday morning, an extension was given until December 17 to sign up under the Affordable Health Care Act. In Texas, the plan or plans available to those using the National Health Care program are limited according to zip code. In Sulphur Springs and most of Northeast Texas, your choice for government subsidized health care is limited to Blue Cross Blue Shield Advantage Care and a plan offered by Humana. However, Hopkins County Memorial Hospital has been waiting for Blue Cross Blue Shield to provide a contract for review. Therefore, at the first of the year, the BCBS Advantage Care plan will not include either the hospital or the clinic in their approved provider list. A contract is in place with Humana. This will send those whose insurance is provided under the Affordable Health Care Act, written by Blue Cross Blue Shield, to seek services outside the county. Local BCBS Advantage Care customers are not alone.

For those who are enrolling in health care after 2010, only a HMO policy can be purchased by an individual or family. A PPO, an insurance plan that allows for the person to choose their medical provider/doctor, is available only to those whose insurance is provided by an employer. An HMO means the insurance designates which doctors/medical providers you are able to visit without additional personal cost. Those individuals utilizing Medicare Part F with Blue Cross Blue Shield, along with Medicare Parts A & B are not affected. Also, those with a Blue Cross Blue Shield PPO through work or a personal policy outside the National Health Care plan will not be affected. Any other BCBS plan will also be accepted.

Regionally, Hopkins County Memorial Hospital and Memorial Clinic and Trinity-Mother Francis will not be included on the Advantage Health Care HMO list. Most who are receiving insurance through the National Health Care plan are being referred to a doctor in Commerce, two doctors in Mt Vernon, a doctor in Pittsburgh, and other out of town doctors. Referrals to specialists are also limited in the plan. In one area of Texas, those on the national health plan are driving 120 miles or more to access specialists.

Sherry Moore, Marketing Director for Memorial, told KSST News that the local hospital places a high priority on patient care. That care is on three levels—physician, ER physician, and hospital. On October 30th of this year, a BCBS HMO Blue Advantage Hospital contract was requested for review or evaluation. Again, all other BCBS plans may be used at the hospital without penalty. Moore had been awaiting the contract that was promised her by BCBS divisional administration. However, at 3:03 p.m. today (Wednesday December 16th), she sent a text saying the contract was just received and would be reviewed. Moore stated that even if acceptable it will not go into affect before the first of year. She said that after local approval there would be at least a 30 to 60 day before BCBS could implement the agreement. Moore says Memorial Hospital will continue to work with Blue Cross in hopes of achieving a satisfactory outcome.

The BCBS HMO Blue Advantage Physician contract was reviewed locally some time ago and the proposed payments do not cover the cost of providing the care. The physician contract with BSBC has been rejected. Based on business principles, lack of covering the cost eventually creates such losses that the business cannot continue as in this case proper medical care. The insurance contract sets limits regarding what the company will pay for specific services. Those amounts are often well below billable prices. In this case, the amounts have been deemed below adequate operational pricing. Moore pointed out that Memorial Hospital and Clinic both want to be good stewards of the Hospital District’s resources and would fail in that effort if they signed the agreement as proposed. Moore says attempts continue to reach an agreement the clinic can accept.

Currently, Trinity Clinic of Tyler, the physician group that staffs Memorial’s Emergency Room, does not participate in the BCBS Blue Advantage Plan. If Memorial does participate in the plan, then individuals with the Advantage Care plan seeking care would be out of network and without benefits for the physician portion of the Emergency Room visit.

A partnership between the local hospital and CHRISTUS, which is pending final approval set for some time in January, will not necessarily answer the problem either. Regarding insurance contracts, representatives of CHRISTUS told KSST News, “These are the kinds of things addressed in the due diligence process, so we wouldn’t have a final answer until that process is complete. In general, CHRISTUS Health negotiates with insurance companies with the best interests of its patients and its providers, including its hospitals and physicians, in mind.”

This is a troubling situation for National Health Care insurance agents as well. Mark Spencer, an insurance agent, told KSST News that only two plans are available because United Health Care no longer offers coverage in Texas and a number of other states due to losses sustained last year. He stated that although insurance companies were assured a 20% profit, meaning they had to spend 80% in costs and services, there was no way to measure expenses to the company as they paid out claims. Most companies took a “cost bath” this past year. That means, according to Spencer, that most insurance providers have increased costs 25% this year.

Even with the increase of premiums, costs are not guaranteed for insurance companies. Spencer said this is not a one-size-fits-all nation of people and a one-size-fits-all insurance does not work. Health care needs vary with the individual. Spencer, noting his age and gender, said he did not need maternity coverage but that it is required in the national health care guidelines. Maternity, pre-existing conditions, no limit cap for medical costs, and seven other essentials are mandated for all policies in the national plan. These drive the cost of insurance to the individual higher. Higher costs to individuals often cause the choice of a higher deductible for the individual. Spencer said the cost of most individual plans, even outside the national plan has doubled and tripled deductibles. For a family of two or more, the current average deductible is $13,700.

The only option for insurance plans for individuals and families is either an HMO or an EPO. An HMO is a network of providers where rates that will be paid by the insurance company to the provider have been contracted. Outside that network, the costs of medical care increase or will not be paid by the insurance company. An EPO is an expanded provider network that allows services by providers in a wider area within the state.

KSST will be following the progress of contract negotiations between Blue Cross Blue Shield and Memorial Hospital.