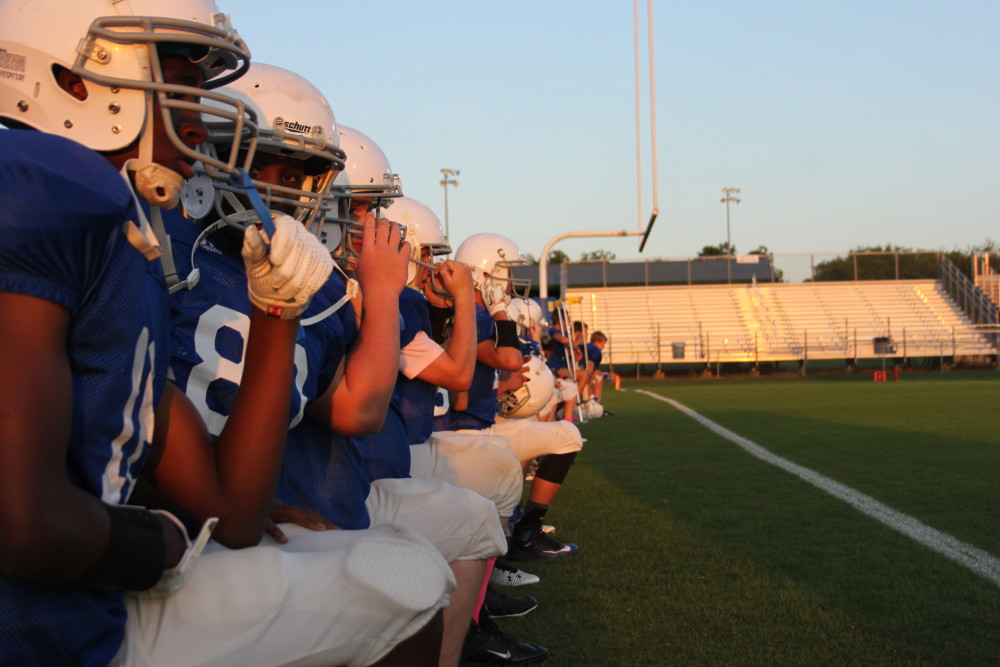 There are two main teams, the A team and the B team, who play against other schools. Though, being on the either football team isn’t just as simple as signing up and getting in. You must prove you are good enough and it takes many hours of training and studying plays; they also must watch film from their games and improve on what they are doing wrong. Not to mention they practice twice a day! They practice Monday-Thursday and they play on Thursday afternoons at 5:30 and 6:30.

In order to train, both A and B team split up into their individual positions and work different drills that are specific to their jobs on the field. Then they come back together, and try to apply the things learned in the individual drills to their team drills. To quote Coach Scroggins, “… it is vital that each person does their job or the system does not work.”

According to the coach, his favorite part about being a part of our schools football team is being able to build relationships with kids that he can influence in a positive way. He wants the players to not only win on the field but to win in life by making decisions that will move them in positive directions.

If you would like to join, the expense is about $100, Most of the players buy a package deal from Fieldhouse Sports that includes a t-shirt, shorts, and a bag. The other expense is their cleats. The school provides the athletes with all of the other gear which would equal several hundred.