12 to 14 Kilograms of Heroin And Vehicle Seized; Couple Arrested 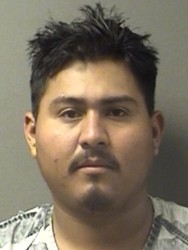 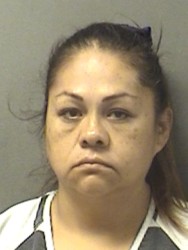 A man and a woman from California were  placed  in the Hopkins County Jail after a large quantity of heroin was found in the vehicle they were in. Sulphur Springs Police Interdiction Officer Brian Shurtleff stopped a Chrysler van for following another vehicle too closely at the 121 mile marker of eastbound I-30 in Sulphur Springs shortly after 8:30 p.m. Friday. The officer said the driver seemed nervous and he and the passenger gave conflicting stories. After consent to search the vehicle was given, a K9 officer gave a positive response for drugs . An estimated 12 to 14 kilograms of heroin were found hidden behind the dashboard of the vehicle. The vehicle was seized and the couple were arrested at 11:30 p.m. Friday. 23-year old Erik Daniel Diaz Gomez of Fallbrook, California and 44-year old Rita Talavera of Los Angeles were charged with aggravated possession of a controlled substance over 400-grams before Justice of the Peace Brad Cummings who set bond for both at $50,000. JP Cummings also made it a condition of bond that they must wear devices that can be tracked by GPS.