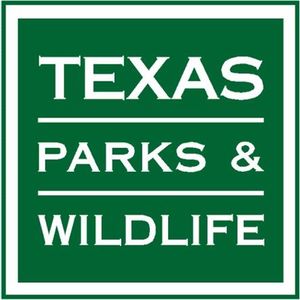 ATHENS—The Toyota Texas Bass Classic (TTBC) scheduled for May 23—25 on Lake Fork is the world championship of bass fishing, but it was born of a dream to involve more youth in fishing. And that dream was based on the work of Texas Parks and Wildlife Department (TPWD) fisheries biologists who had a vision to make Lake Fork the best bass fishing lake it could be.

Those dreams came together as a result of a chance meeting at a ranch gate in South Texas, and the results went far beyond what anyone dared dream of.

Professional angler Kelly Jordon happened to be entering his deer lease through a gate shared with a neighboring ranch when the owner of that ranch drove up and saw Jordon’s wrapped truck promoting his sponsors. The ranch owner was Donato Ramos, a TPWD commissioner. “I asked him to dinner that night, and we talked about ways to better utilize resources and get the word out about how great Texas fishing is,” Jordon recalls. “The biggest priority for him was to find ways to involve more youth in fishing in Texas. I told him of my dream to have a tournament on Lake Fork to showcase my home lake. He liked the idea of showing people what we had in Texas and suggested that we make it a celebration not just of Lake Fork but also of TPWD’s efforts to improve fishing and the economic benefits of fishing to Texas.”

The result of that conversation was a fishing trip on Lake Fork. Jordon hosted Ramos and TPWD commission chairman Dan Friedkin. “We caught a lot of fish, and it went from there,” Jordon says. “They are businessmen and know how to make things happen. That’s why it has really been awesome.”

Lake Fork was planned from the beginning to be a special place. Prior to impoundment, TPWD biologists worked with Sabine River Authority (SRA) to make Lake Fork into bass heaven. “We knew Lake Fork would be a good lake even if we did nothing,” says Allen Forshage, who was TPWD’s Inland Fisheries regional director at the time. “We decided to do everything we could to make it a great lake.”

SRA agreed to leave most of the timber in the lake standing rather than clearing it in order to create habitat for fish. Forshage and his team stocked Florida largemouth bass into farm ponds in the lake’s footprint to jumpstart the fishery when the lake filled. Then Forshage went one step further. At the time anglers in Texas could catch and keep 10 bass a day 10 inches or longer. Lakes would boom for a few years, but because few fish survived to spawning age, the fishery would quickly decline. Forshage fought for and won a five-fish daily bag with a 14-inch minimum length for Lake Fork, which was later changed to the present 16- to 24-inch slot with only one fish per day over 24 inches allowed to be harvested.

The result was spectacular. With its fish living in ideal habitat and protected from harvest until they had time to reproduce, Lake Fork shot to the top of the nation’s bass-fishing destinations. TPWD estimates that the lake produces 15,000 fish a year weighing seven pounds or more. Lake Fork has produced more than 250 entries into the Toyota ShareLunker Program, which requires that fish weigh 13 pounds or more. Both the first ShareLunker, a fish weighing 17.67 pounds, and the current state record largemouth bass of 18.18 pounds were caught from Lake Fork.

Lake Fork’s ability to produce big bass was confirmed by the 2014 Toyota Texas Bass Classic, which was won by Keith Combs with a three-day total weight of 110 pounds. “No other lake in the country has come close to that,” Jordon says.

Each year the Toyota Texas Bass Classic brings thousands of spectators to the lake to enjoy country music concerts and a variety of outdoor activities in the Outdoor Adventure Zone, but its real purpose is to benefit TPWD’s youth fishing programs. Each year Toyota donates $250,000 to support TPWD programs such as Neighborhood Fishin’ and the Texas division of the Wildlife Forever State-Fish Art Contest. In 2015 those donations will reach the $2.25 million mark.

“The Neighborhood Fishin’ Program is what Donato Ramos and Dan Friedkin championed,” Jordon says. The program regularly stocks fish into 17 urban-area lakes that allow people to fish close to home. The newest Neighborhood Fishin’ lakes are Woldert Pond in Tyler, just down the road from Lake Fork, and Small Pond in Grover Nelson Park in Abilene. “We estimate that some 100,000 people a year fish in Neighborhood Fishin’ ponds, and about half those are youth or people new to fishing,” says Dave Terre, TPWD’s Chief of Management and Research.

Conservation is at the heart of TPWD fisheries management, and the TTBC tournament format furthers that effort. Fish 16 to 24 inches long are weighed on the water by judges and immediately released; anglers are allowed to bring only one fish over 24 inches to the weigh-in. Fish brought to the weigh-in are cared for by TPWD biologists and returned to the lake.

One of the direct results of the TTBC’s catch-weigh- immediate release format is the Major League Fishing circuit, which is fished by Jordon and many of the nation’s top anglers. “The TTBC has had a tremendous impact,” Jordon says. “Major League Fishing is one of the most successful and exciting televised fishing events. Its rules and the way we do things are direct descendants of TTBC. We weigh and immediately release fish. I believe that is the future of competitive fishing.”

“None of this can happen without public support,” said Dave Terre, TPWD’s Inland Fisheries Chief of Management and Research. “By attending the Toyota Texas Bass Classic, you are also supporting TPWD programs such as Neighborhood Fishin’ and the State-Fish Art Contest. In addition to helping make possible these programs that benefit your own family today, you will play a part in passing on the traditions of fishing and good management of our natural resources to future generations. They and we thank you.”

Single-day general admission tickets are $8 in advance (online) and $15 at the door, Saturday through Monday of the tournament weekend. Three-day general admission passes are available at Brookshire’s Grocery Stores, Kim’s Convenience Stores and Academy Sports + Outdoors throughout East Texas for $15. VIP ticket options are available. Children ages 15 and under will be given free admission when accompanied by a ticketed adult. In honor of Memorial Day weekend, military members and their families will be given free admission all weekend.

Tickets can be purchased online at www.toyotatexasbassclassic.com  or by calling the TTBC tournament office at (866) 907-0143.

Information on the 2015 TTBC and photos and videos of the 2013 and 2014 events are posted at www.toyotatexasbassclassic.com.