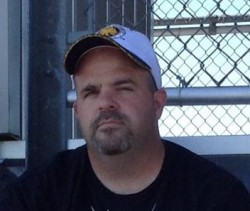 Saturday, a Cumby ISD math teacher was arrested for impersonation—name and persona to create a page—and for possession of child pornography. Lucas Ray Hill, 38, is accused of stealing an identity and establishing a fake social media account which he used to exploit children including the requesting of and soliciting of child pornography. Hill had maintained a large library of pages and pictures in the social media account.

Corley Weatherford, Sergeant with the Hopkins County Police Department, working with the Internet Crimes Against Children and Amanda Weatherford of the Sulphur Springs Police Department, led the investigation. Accompanied by investigators from the Hopkins County Sheriff’s office and ICAC, Weatherford served warrants on Hill Saturday morning. Law enforcement seized numerous electronic devices used to obtain child pornography photos. Weatherford told KSST news that this investigation will be ongoing for some time due to the nature of the crime and the enormous amount of information obtained in this arrest. Weatherford and ICAC had monitored the fake social media account for some time to gather the mountain of evidence that led to the arrest.

Bond for Hill was set at $20,000 for possession of child ponography, and $10,000 for online impersonation–name/create page by Justice of the Peace Brad Cummings Sunday morning. Both charges are third degree felonies.