“Aahhh…They Came Out Swingin’!”
The Jack Phillips and Kristyn Harris Western Swing Round Up packed the house at the Reilly Springs Jamboree on Saturday March 21, 2015. Western Swing, The Official Music of Texas, is alive and well in the hands of these youth and adult performers, many of whom are associated with the Cowtown Opry, a music performance mentoring program headquartered in the Ft Worth National Stockyards Historic District, according to Enola Gay, host of the Jamboree. 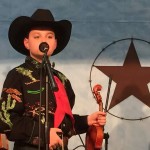 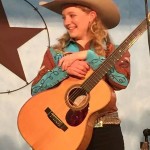 “20-yr-old Kristyn Harris, Western Female Vocalist of the Year in WMA and AWA” 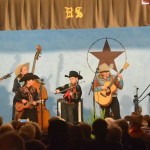