Soldier Arrested For Solicitation of a Minor

Home » Headlines » Soldier Arrested For Solicitation of a Minor 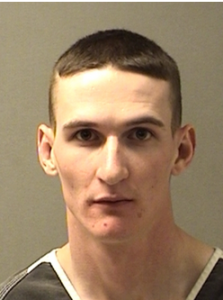 He expected to meet up with a teenaged girl. Instead, he has a court date. A 22-year old Fort Hood soldier was arrested Sunday shortly after 1 p.m. by Hopkins County law officers for setting up a date for sex with what he believed to be a 15-year old girl. Steven Lowell Marko, who was on leave, was charged with on-line solicitation of a minor for sexual conduct before Justice of the Peace Brad Cummings. Cummings set bond at $25,000. Fort Hood MP’s picked up the man after his bond was posted Monday morning.

The soldier had contacted what he thought was a 15-year old girl by text and set up a meeting for sex. When he arrived for the meeting Sunday afternoon at a League Street address, officers arrested him. He confessed to the crime according to an arrest report.