Kiwanis Clubs around the world are celebrating their 100th anniversary in January. Globally, this celebration will continue for the next six months as 16,000 clubs in 80 nations honor the past century of service and launch the next 100 years of signature service projects. Each year members devote 18.5 million volunteer hours toward community projects and raise more than $100-million to help children thrive, prosper, and grow.

Kiwanis began in Detroit as a club for businessmen but quickly changed its focus to service. Locally, the Sulphur Springs Club was founded in 1950. Four past Lt. Governors were present Wednesday at noon to celebrate the centennial anniversary—James E. Tully, who served in 1976-77, Dan Hamiter, 02-03; James Law, 98-99, and Kerry Craig 05-06. All four served as President of local clubs. Hamiter, Law, and Craig served the local club while Tully served as President of Kiwanis in Snyder, Texas. Tully also has 41-years of perfect attendance. Hamiter stated that he was a member of Key Club before joining the Kiwanis. Key Club is the Kiwanis organization for high school aged students. 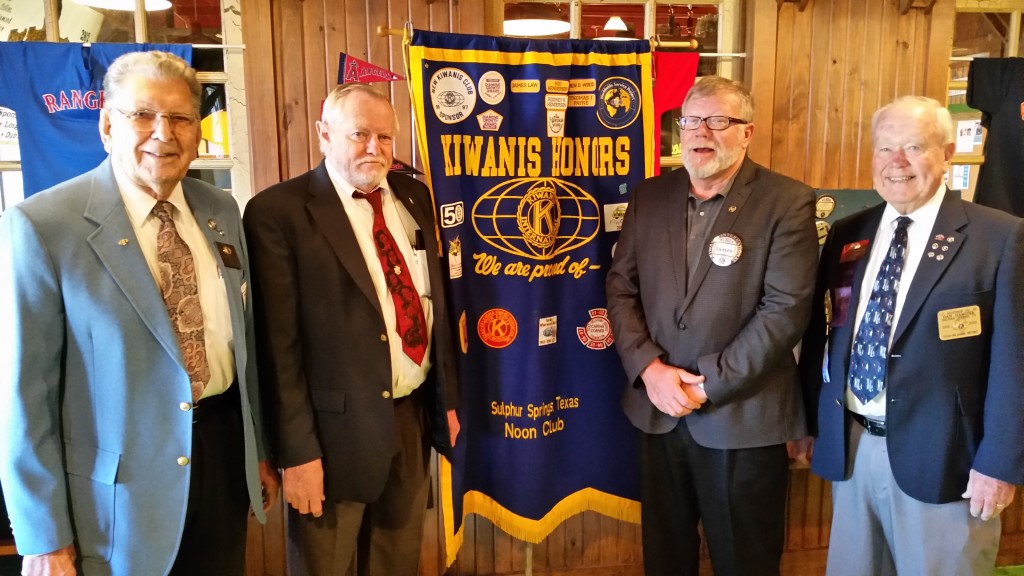