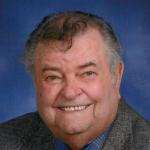 Memorial services for Durwayne Leewright, age 80 of Dike, will be held at 3:00 p.m., Sunday, November 23, 2014 at League Street Church of Christ with Jerry Salvage officiating.  There will no formal visitation.

Durwayne passed away on Tuesday, November 18, 2014 at his residence.  He was born on May 10, 1934 in Dike, the son of Delphia and Virgie Irons Leewright.  He was a retired business owner.  He married Maxine Taylor in Dike on April 6, 2003.  She survives.

He was preceded in death by his parents and twin brother, Murfayne Leewright.

The online registry can be signed at www.murrayorwosky.com