Texas A&M University Commerce has given a new title to one of their academic staff members. Betty Block was named Interim Associate Provost and Vice President for Academic Affairs, a title which hasn’t been seen before in the campus life of Commerce. According to Mrs Block, the job of Interim Associate Provost is to deal with the academic affairs of the university as well as mediating student and faculty issues. She also ensures that the system policies are carried out perfectly and that all procedures run as they should. As well, she works with volunteers at the campus and helps to mend leadership issues before they can become an issue. As Chief of Staff for the Provost, she, on a daily basis,  gives leadership to six staff members.

Before she received this position, she was the department head for Department of Health and Human Performance. She holds a Master’s Degree in Human Performance and a Masters in Psychology along with a doctorate in the College Teaching of Health and Physical Education and Recreation. She had taught at Georgia College and State University for 17 years before teaching at Colorado. While a student, she went to Texas A&M Commerce where she formed an attachment to the campus, driving her to accept a position at the university. 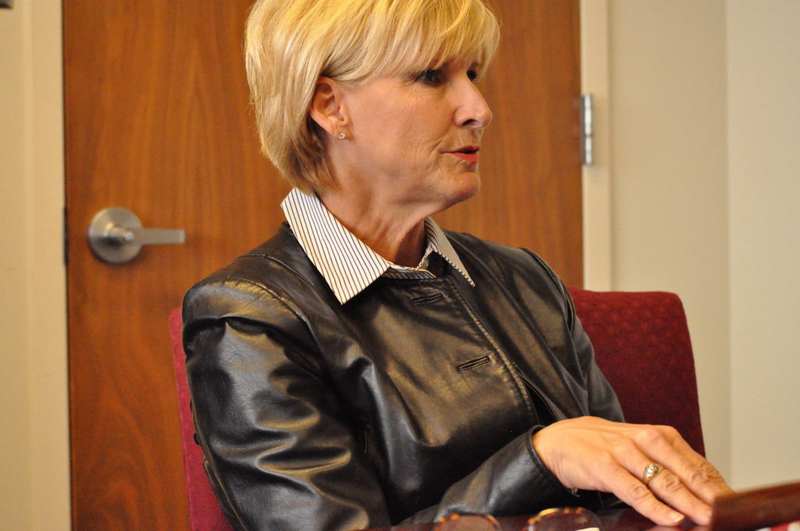 Texas A&M Commerce was erected in 1889 and is the fifth oldest sate university in Texas. It began as East Texas Normal College in Cooper, but moved to Commerce after the campus was destroyed in a fire. The founder, William Leonidas Mayo, contributed his middle name to the athletics program, where it became known as Lion athletics. When the state of Texas purchased the campus, it was changed to East Texas State Normal College. In 1923 it was renamed East Texas State Teachers College. The graduate program was added in 1935. In 1957 the college was recognized  as having broadened the scope of emphasis beyond teacher education and was renamed East Texas State College. In 1996, ETSU joined the Texas A & M University System and was renamed Texas A&M University-Commerce.

Over 2400 students live on campus as of the fall of 2014. The university has over 100 major areas of study and over 100 clubs and service organizations. The campus has a state-of-the-art planetarium, a recreation center, science building, a multimillion student center, an alumni center, a beautiful new music building and walking mall. Their Honors College provides a tuition free college education to 50 qualifying students who are chosen each year. The university’s creed: “Ceaseless Industry, Fearless Investigation, Unfettered Thought, and Unselfish Service to Others”.

Texas A & M Commerce has become a research-centric university.  Dr. Block made evident the role of a college professor. They must add to the collective body of knowledge as an individual. If a professor has had no published works in the last five years, then that professor’s doctorate is considered useless in the academic world. As an extension of that belief, any professor who doesn’t have any published works on a national or international level is not qualified to receive tenure. For many professors, this is not a problem according to Mrs Block. Many college professors are inspired by a desire to “talk”, active conversation and debate is what motivates academic leaders as opposed to money or prestige.

Her position is to become permanent within a year, she speculates. She has recently written an essay titled “Leadership and Ambiguity: When Policy, Politics, and Truth Collide”.