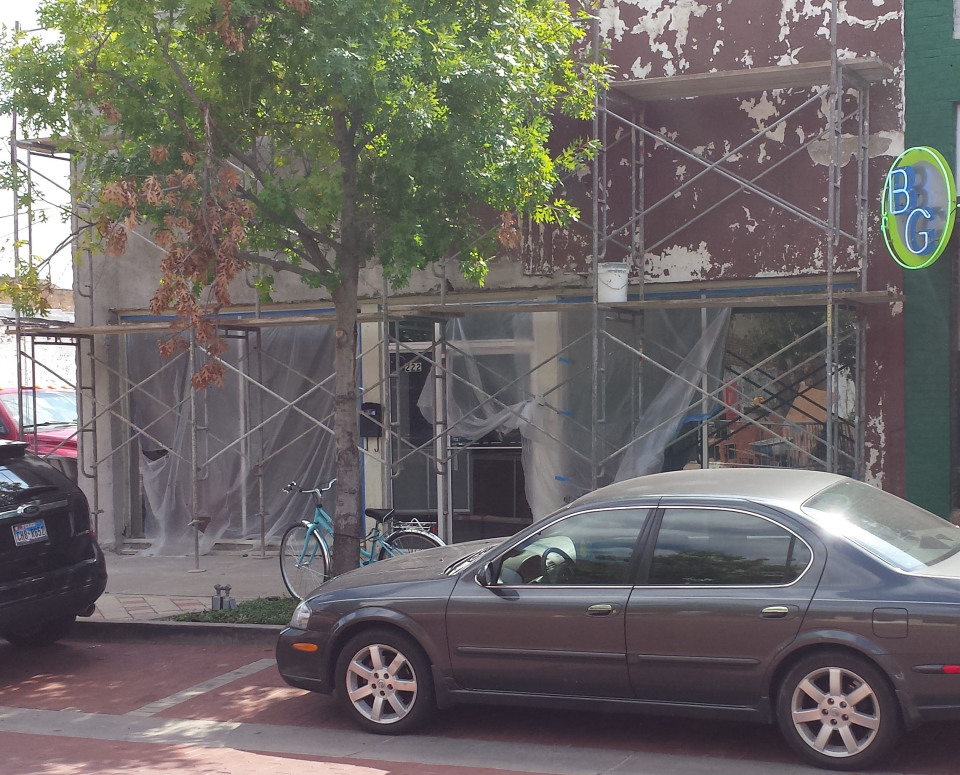 The studio 222 at 222 Main Street is having repairs done to the exterior of the building.

“Due to the desires of the city to make downtown look better, I thought maybe I better get with the program,” Studio 222 owner Deborah Bohanon said. “Right now it’s just exterior because I did a lot of work on the interior the first year or two to set it up for recording. It’s mainly just repair of the concrete and the brick and other things that needed to be repaired due to deterioration. at some point I’ll put a sign up, but until then it’s mostly just painting and fixing up.”

Along with exterior repairs, Studio 222 will also be including a guitar store at the front of the building with the studio in the back. Bohanon started the studio after her blues band, Upstroke, broke up back in 2006. She actually had other plans for the building before making it into Studio 222.

“I wasn’t really looking to be in the studio business,” Bohanon said. “It was initially a place for the band to rehearse, because I was in a band and had a lot of equipment left over, and I was looking for a place to rent, I found the building and so from there it became a studio.”

Studio 222 sees a wide variety of people coming to record. Her studio is open to any person or group of people wishing to record their music.