Home » Headlines » What A Night!

It was Tyrik Rollison Day in Hopkins County and his night on the field at Memorial Stadium in Commerce. Tyrik Rollison broke the Texas A & M-Commerce record for passing yards and total offensive yards, broke the record for yards per attempt with 17 yards per pass attempt, and tied the school record for TD passes Thursday night as he led the Lions to a 98-20 drubbing of East Texas Baptist University. He also led the team in setting a new NCAA Division II record for total offense—986 yards. Rollison completed 26 of 33 passes for 562 yards and six touchdowns on the Lions home field at Memorial Stadium, Commerce. Scoring on the first four possessions, the Lions scored three of their first four touchdowns with drives of two plays or less. 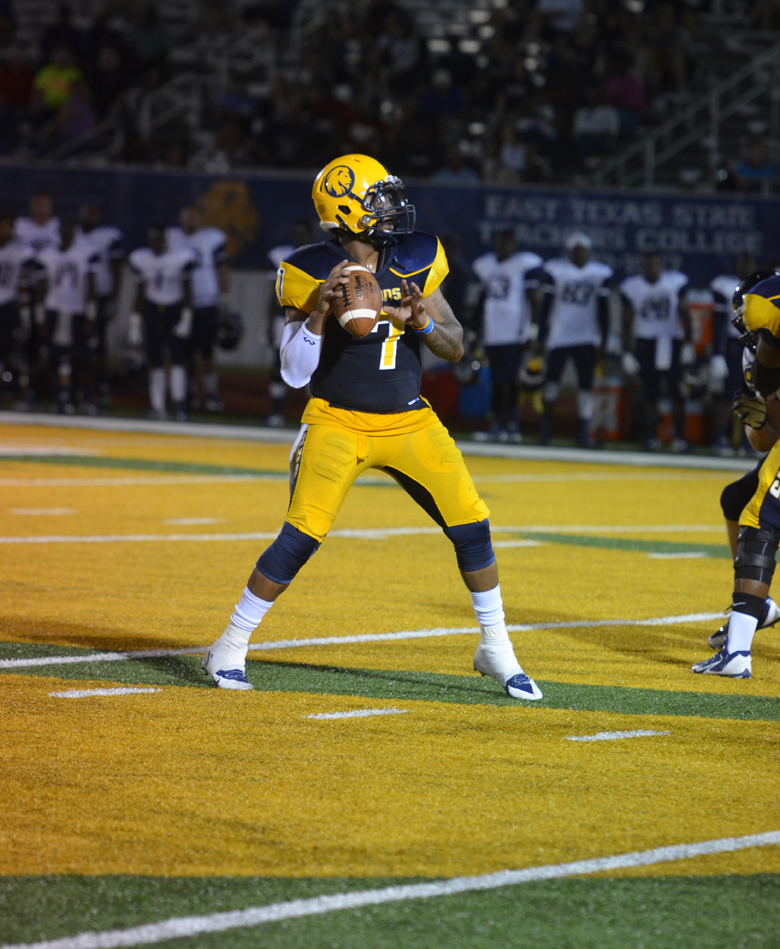