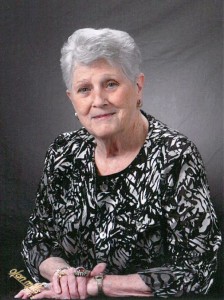 Shelley Ann Turner, 72, of Yantis, passed away Wednesday, June 18, 2014 at her home. Memorial service is scheduled for 4:00 PM, Friday, June 20, at the Lake Fork Baptist Church. Rev. David Smith and Rev. Arlis Banks will officiate. Interment will be at a later date in Sunset Memorial Cemetery in Nacogdoches. Wilson-Orwosky Funeral Home of Emory is in charge of cremation arrangements.

Shelley was born in Texarkana, AR on November 28, 1942 to David Wood and Dorothy Elizabeth McLain Nash. She married Jerry Turner in Nacogdoches on October 19, 1974.

In lieu of flowers donations may be made to Lake Fork Baptist Church.